Belgium can save the world from doomsday this month: what is it waiting for?

This article is co-authored by Colombe Cahen-Salvador and Andrea Venzon and was originally published in The Brussels Times. Click here to read the original piece.

We have less than a decade left to contain global warming. While it might sound like it is plenty of time,the first calculation of greenhouse effect dates back to 1896. In the last 124 years, we bickered about whether this is fake news or not. It is not a matter of opinion, belief, religion nor education: overwhelming evidence proves that because of our actions, the world is in peril. Our future is in jeopardy.

Within the next ten years, we need to keep the increase of global temperatures to a maximum of 1.5C compared to pre-industrial levels, to avoid global catastrophe. And we are far from reaching this goal. Countries have failed to halt the rise of greenhouse emissions and the biggest polluters – China and the United States – increased their emissions last year.

As a consequence, people from every corner of the globe have protested, marched, skipped schools. On September 20th, 2019 alone, 4 million young people took part in strikes to demand action. However, we are no closer than twelve months ago to countering the consequences of the climate crisis. “We have been striking for over a year, and basically nothing has happened,” said Greta Thunberg at COP25 in Madrid, “The climate crisis is still being ignored by those in power, and we cannot go on like this.”

Climate change is a ticking bomb that can only be disarmed if we work as One. Emissions must decline sharply, by 7.6% every year between 2020 and 2030. Indeed, if we don’t take pass radical measures, there is a likelihood that human civilization will be severely affected by 2050. We are all at risk, including in Belgium. From floods, heatwaves, the disappearance of some species found in Belgium to the impact on the health of people living in Belgium, we have no time to waste!

Let’s not wait for climate change to become irreversible but convert the massive energy that hit the street in 2019 into drastic change. Unless all countries across the world take simultaneous and coordinated action to counter the consequences of climate change, there is no hope. No city, nation or even continent alone can overcome centuries of unchecked human-made pollution.

This is why we are demanding that the United Nations Security Council recognizes climate change as a threat to peace under Chapter VII of the Charter of the United Nations, and as a result, declares a Global Climate Emergency.

Chapter VII of the Charter of the UN reads as follows: “The Security Council shall determine the existence of any threat to the peace, breach of the peace, or act of aggression and shall make recommendations, or decide what measures shall be taken in accordance with Articles 41 and 42, to maintain or restore international peace and security.”

This provision enables the United Nations to identify grave threats to humanity, and to take action to protect peace and security. From “triggering or exacerbating conflict through its effects on livelihood security and resource availability” or simply representing “an urgent and potentially irreversible threat to human societies and the planet”, we can no longer ignore the existential threat that is climate change.

A United Nations resolution under Chapter VII is normally considered binding, and would thus oblige all 186 member states to take concrete action. It’s not only that we are stronger together, it’s that we can only succeed together. This is our best shot.

Starting today, Belgium holds the rotating Presidency of the United Nations Security Council. This gives you and your delegates a huge influence upon the agenda of the Council. Today, we ask you to bring our demand to the table and support our request.

A surprisingly small amount of countries has to vote in favour of this Declaration for it to go through. In fact, only 9 out of the 15 countries sitting in the Security Council have to agree to add this point on the agenda, and at least the same amount (without any veto from the permanent members of the UN, namely USA, China, Russia, France, and the UK) need to vote in favour of the resolution. The faith of the world depends on the decision of 9 people.

We know that the road ahead is long. We know that climate change deniers and wanna-be-autocrats will try to discredit our efforts. Changing the status quo can often feel like an impossible task but find hope in our collective power to impact change and protect our planet from the mistakes of past generations. We are today’s changemakers, and this is the fight of our generation. 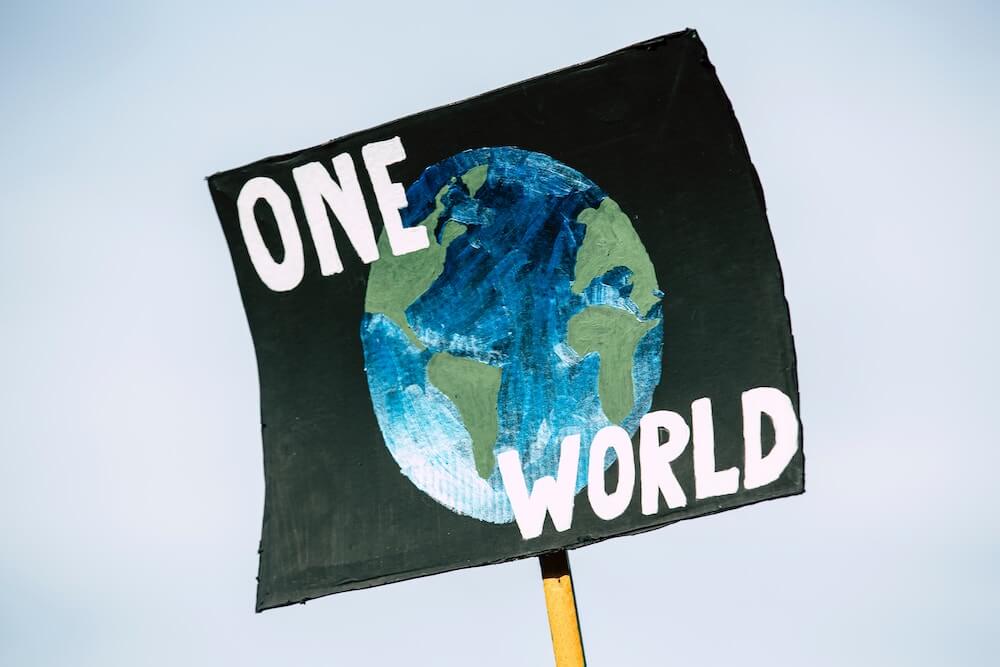 Posted by Laura Giani · 7 Aug 2020
On August 7th, 2020, the sixth NOW! "Fridays for Freedom" protests took place across the world. By standing in front of Chinese Embassies, activists stated loudly and clearly that major democracies need to...
READ MORE >
SHOW ALL >