This article is co-authored by Joshua Wong, Colombe Cahen-Salvador, and Andrea Venzon and was originally published in The Independent. Click here to read the original piece.

Thirty-one years ago, on June 4th, 1989, at 1am local time, the Chinese army moved violently against a pro-democracy, student-led movement voicing requests for deep reforms in Beijing: from free press to increased political participation.

At the height of the protest, one million people joined the demonstration. But this didn't stop Beijing: during the massacre, hundreds if not thousands fell under the tanks and armoured troops that stormed the square, and many more were injured or jailed. Still, this dark chapter of the Chinese Communist era is nowhere to be found behind the "great firewall" that blocks Beijing's internet space and is strategically forgotten in the educational curricula.

It is tempting to draw a parallel with the current situation unfolding in Hong Kong. There have been fears that Beijing is considering the use of its paramilitary forces (the People's Armed Police, or PAP) to quell the protests in the self-governing city. Indeed, after years of China cracking down on Hong Kong's freedoms and rights, and months of continuous confrontation between the pro-democracy camp and the pro-Beijing institutions, last week, the situation reached a tipping point.

The introduction of the National Security Law - that might heavily curtail freedom of expression, protest, and the ability of the international community to support the struggle - marks the end of the "one country two systems" framework.

However, these tense days have revealed the stark difference in context between the events of Tiananmen Square and the Hong Kong uprising. Back in 1989, China's economy was just a fraction of what it is today. With an economic output half the size of Italy's, a country with one twentieth of China's population, the "Red Dragon" was a distant relative of today's superpower. Back then, many western democracies voiced their outrage for the Tiananmen Square massacre, and speedily deployed extensive economic sanctions and solid weapon embargos, some of which are still in place today.

Compare this with the now (lack of) reaction from those same countries in confronting China, the superpower. Aside from the US administration and its politically-motivated move, other major powers have been incredibly feeble on the matters in Hing Kong. The European Union, a more extensive trading bloc than China, did not manage to issue more than a 10-lines, mild statement. "Utter revulsion and outrage". Those were the words used by British PM Margaret Thatcher in 1989 to describe her reaction to the Tiananmen events. Today, amid endless press releases, China's actions were met, at maximum, with "concerns."

Is history repeating itself with new superpowers involved? Are we entering a Sino-American Cold War? Economic sanctions and diplomatic tip-toeing are all reminders of the past. If tomorrow Chinese tanks roll in the Golden Mile of Hong Kong as the Red Army did in Prague in 1968, which country will be willing to stand up to it? With a decreasing U.S. influence in the world, and its focus on internal matters, there is a high likelihood that the answer will be "no one".

All the clues are already there. During the latest World Health Assembly, Australia demanded an independent inquiry on the origin of Covid-19. Wary of the repercussions that might come from going against China's re-writing of history, the E.U. laid low, watering down any statement and refusing to stand by its traditional ally. However, Australia did not shun retaliations: Beijing adopted an 80 percent tariff on Australian barley exports and banned four of its largest abattoirs. Forewarned is forearmed.

When acknowledging that a new Cold War might soon divide the world, all democracy-lovers must face a gloomy outlook. Communist China has four times the US population, and 3.5 times that of the EU, and a significantly more vigorous economic growth. If data offer a predictor of the fate of the world, it might not be a good one for those believing in the universal principles of human rights and individual freedoms.

Last Monday, seven former UK foreign secretaries called for their country to live up to its historical responsibility, and lead an international coalition to defend Hong Kong's "one country, two systems" arrangement. A similar framework was successfully drawn during the Balkan war in the 1990s. This proposal goes into the right direction: can we dream of a "democratic league" to keep the Chinese dragon at bay in Hong Kong, Taiwan, and throughout the world?

All those that appreciate democracy and free speech might be keenly interested in working for this to become more than a dream. There is hope. Starting from Hong Kong, democracies around the world must come together to stand their ground. Standing with Hong Kong, the world can show that out of unity, strength is born, and out of strength, freedom can be preserved.

Joshua Wong is the secretary-general of Demosisto. Andrea Venzon and Colombe Cahen-Salvador are co-founders of Now!, a global movement pushing for humanity to work as one to solve the biggest challenges of our time 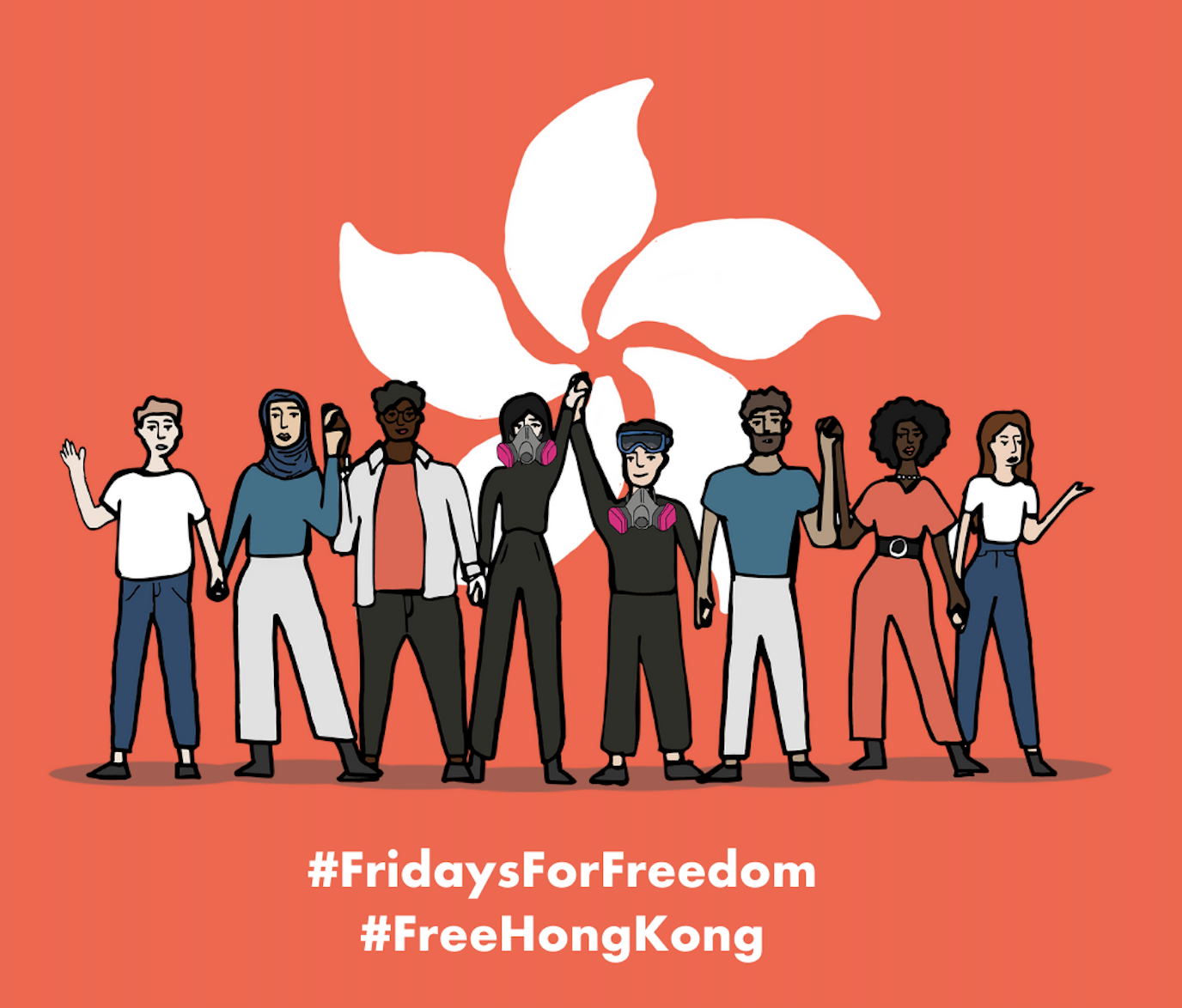 Posted by Colombe Cahen-Salvador · 10 Jul 2020
On July 10th, 2020, the second "Friday for Freedom" action organized by NOW! members took place across the world. By protesting in front of Chinese Embassies (or in their home when COVID-19...
READ MORE >
SHOW ALL >